What Is Paintball and How Can You Get into It?

by Christopher Duff | May 17, 2019 | Export, thepaintballprofessor.com 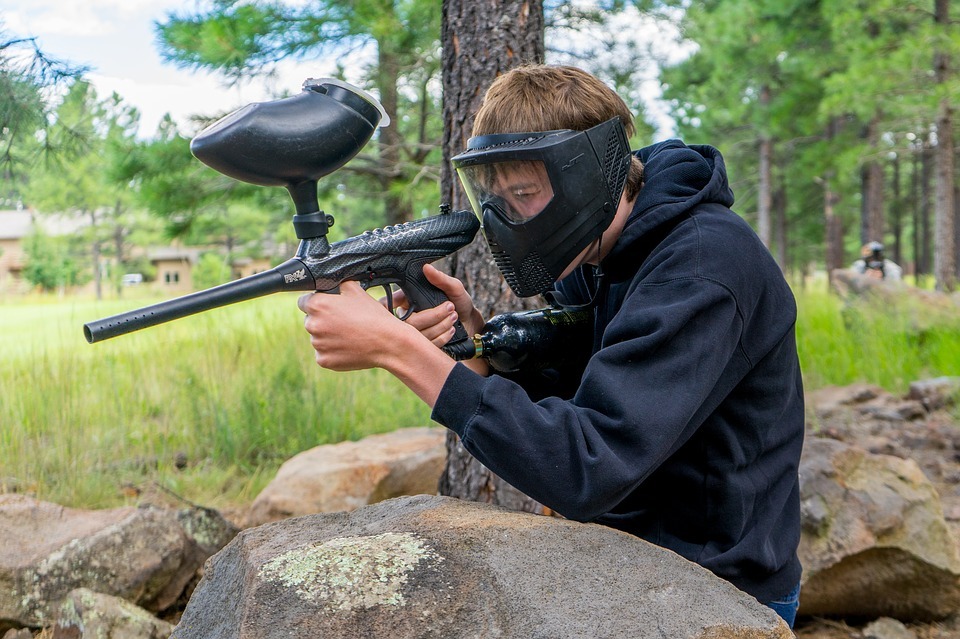 Thrill seekers, gamers, athletes, and your little niece all are perfectly suited for paintball. For as hardcore as it sounds when you initially learn about what is paintball, the sport is fit for anyone with a fire in their eyes.

Paintball's a team sport with predetermined objectives. Players tag each other with gelatin capsules shot from markers. Once tagged, a player is out.

Unlike traditional sports, paintball focuses on an entirely unique set of skills. Whereas most sports require mastery over your body, paintball incorporates aim, tactics, and situational awareness into the mix. However, another loveable aspect of paintball is its fun factor, as many enthusiasts simply enjoy playing rather than winning.

Quick Navigation
What Is Paintball?
Entering the arena
A sport of honor and comradery
Finding Your Stride
Joining a passionate community
Suiting up for battle
Getting a feel for the ropes
Wrapping It Up 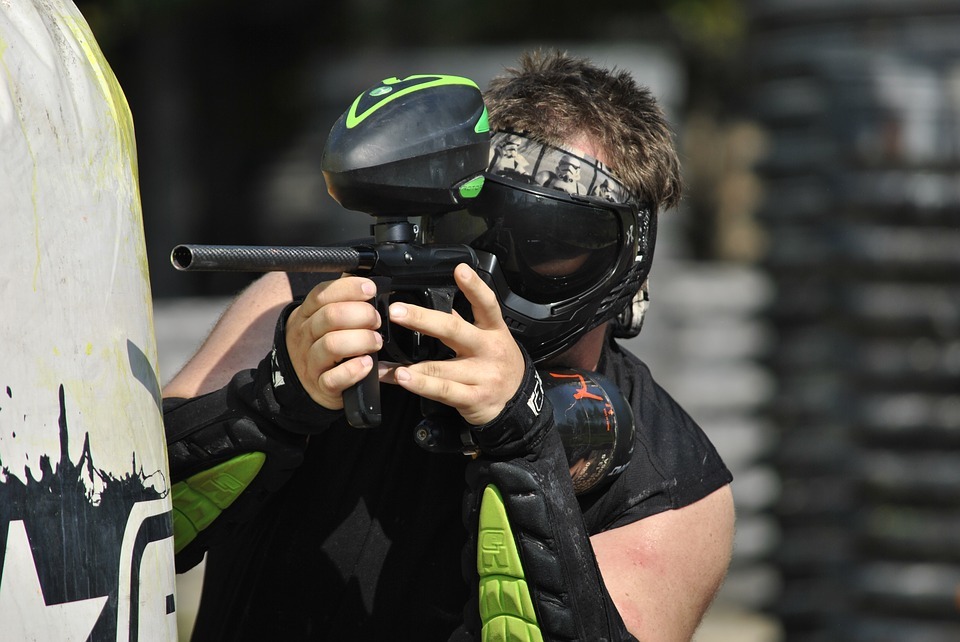 In essence, paintball is like the adult form of water tag. You run around with markers, which are like your water guns, and shoot other people with paintballs. When you hit someone with a paintball it leaves a splatter of water-soluble paint on them indicating they're out.

The difference is that markers shoot paintballs up to 300 feet per second, and can leave fat bruises all over you.

But don't let that scare you off! When learning about what is paintball, you'll find safety is the number one priority at every field. There is also clothing you can wear to make paintballs sting less.

On the other hand, fellow thrill seekers will agree the sting is part of what makes paintball so exhilarating. Charging a group of enemies gets your blood flowing, unlike any other sport.

Unlike Airsoft or laser tag, you fear getting hit not only because it takes you out of the game, but also because you simply don't want a flurry of paintballs to pelt you.

So what is paintball like in person? Before even walking into a paintball arena you'll be able to hear the action. You'll first notice the symphony of markers popping off in the distant battlefield.

As you get closer you'll hear the shouts the fallen. Various voices from every direction shouting "Aghhh, HIT!"

Once you get close enough to see the action you'd think you're in a war zone. You'll see masked forms armed with markers hiding behind trees, peeking out windows, and coordinating attacks on the other team. You'll hear them calling out enemy locations while others sprint across the field, diving from cover to cover.

A sport of honor and comradery 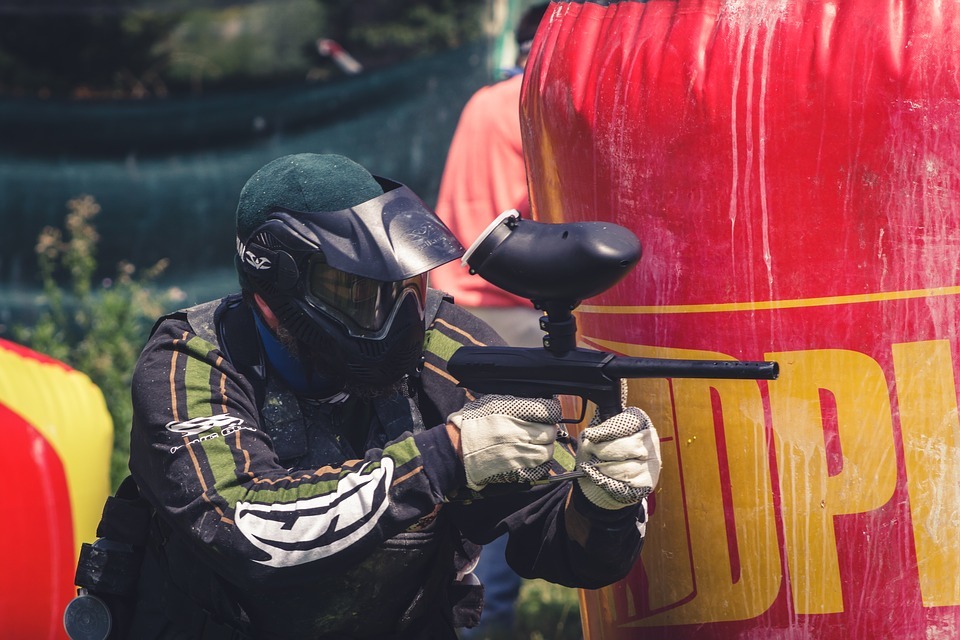 After you watch both sides engage in high-paced combat, you might find yourself shocked by what happens when the round ends. After everyone exits the field they're all laughing. Opponents shake hands and joke about their various encounters.

Everyone shares their own stories of the battle. Also, they joke about how they got caught by complete surprise and commend other players on their heroic moves.

At the end of the day, everyone's on the field for a good time. Also, because paintball requires you to call your own hits, there's an underlying respect for each other in the sport. When you learn about what is paintball in person, you'll notice players respect one another both on and off the field.

Even if throughout your day you were getting hit more than you were tagging other players, you'll still walk away with a smile on your face. There's something special about the bonds you make with your teammates and your opponents during paintball.

So many times you'll find yourself in a pinch with one of your teammates. You'll both huddle behind a small plywood sheet as the other team bombards it. You both laugh about the situation but know you need to find a way to get out of it.

When all seems lost, your teammate yells at you to you retreat back to your team while he covers you. You sprint back to cover, and eventually your buddy dashes back to you through a hailstorm of paintballs. From then on, you know you've got a friend you can trust through thick and thin. 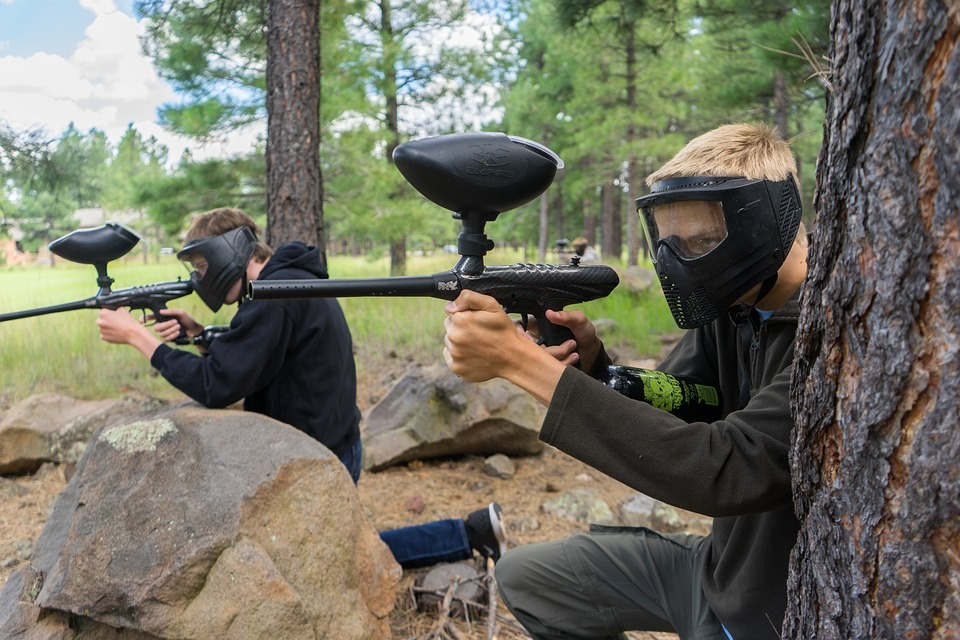 After learning about what is paintball, you might decide it's right up your alley. However, now you have to figure out how to get into it.

Lucky for you, you'll find paintball an easy sport to dive into. Plenty of paintball fields have rental equipment and paintballs for you to use. You'll have to pay to use the equipment of course, but it's a very easy way to try out the sport and see if you like it.

All you have to do is Google search for paintball fields near you and check their site. Their website or Facebook page will usually tell you if they have rental gear.

While you're on their webpage, you can find out when they have open play days. These are the days where you're free to just show up at the scheduled time and play paintball. They'll usually split everyone that arrives up into teams, and then choose various game types to play.

If you have any friends who are interested, make sure to bring them along! Paintball's loads of fun when playing with your friends.

But don't worry if you can't get anyone to come. It's easy to make friends while you're at the field because everyone there is passionate about the sport.

Suiting up for battle

Once you have a paintball day scheduled, you'll need to gear up. Paintball's an athletic sport so you need to dress accordingly. What you should wear depends on what the field is like.

If you'll just be in a speedball field with a flat surface and the only cover is soft barriers, you won't have to worry about protective clothing as much.

If you're worried about paintballs hurting, you have a few options. Our first suggestion if you'll be in the woods is a BDU jacket. The camouflage comes in handy, but what's really special is that these jackets are thick yet breathable.

Wearing layers also really helps. Bringing a hoodie to wear over a thick cotton shirt can do wonders. You can even wear one or two long-sleeve shirts under the hoodie for further protection.

Also, covering any exposed skin and wearing a beanie to protect the top of your head is helpful. Gloves are nice too, as well as a bandana to wrap around your neck. To find out our favorite articles of clothing for paintball, visit our guide on what to wear paintballing.

Finally, you might want to invest in a paintball mask. Even though you can rent a mask at most places that rent out equipment, their masks are usually scratched up and might not fit right.

Because your mask is one of your most important tools on the field, you'll want one that fits. If you think you'd like your own mask, check out our guide on finding the best paintball mask.

Getting a feel for the ropes

Because paintball's such a unique sport, you might feel a little awkward at the start of your first match. Don't fret, as you'll eventually fall into the groove of things. Your initial goal should just be to learn and have fun.

At the start, you'll likely find it helpful to follow a group of teammates around. They'll both act as a distraction for the other team and give you a helping hand. Your teammates will be able to tell you how you can best help them, but also you'll start picking up on what they do.

You'll first notice is how they avoid getting hit. You'll see they constantly move from cover and cover, rarely opening themselves up as targets. Avoiding getting tagged will be your first priority.

Once you get a hang of using cover, you'll be able to start focusing on tagging opponents. A tip for shooting at opponents is to limit the amount of time they can see you. So once you locate an opponent, peek out of your cover and shoot at them quickly, then hide again.

If you stay still for too long while shooting at an opponent, a second unseen opponent has the chance to aim and tag you with ease. 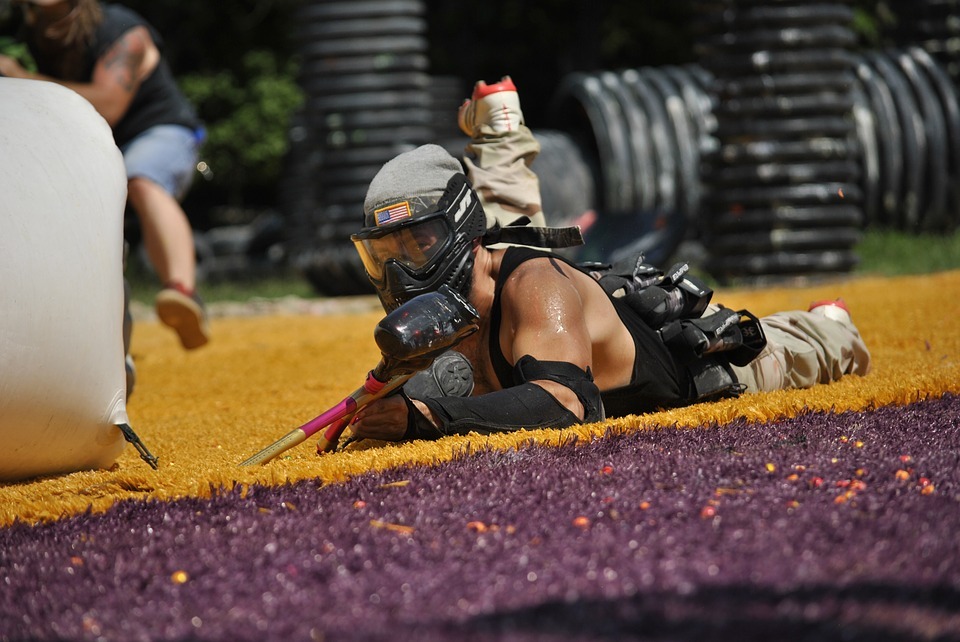 No matter why you come to the field, you'll find yourself welcomed by a close-knit and enthusiastic community. We hope you'll try paintball out and find out why so many people love this sport and what it has to offer.

Be sure to share your thoughts, tips, and tricks about the game in the comment section below.