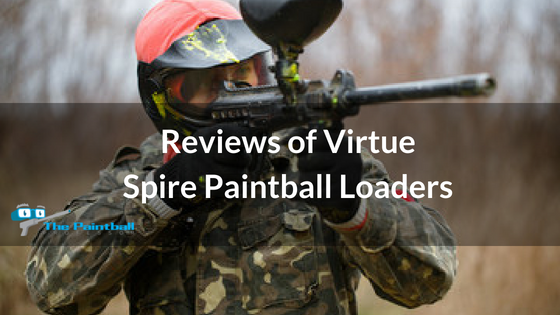 Spire has long been one of the leading brands when it comes to reliable, well-built paintball loaders. They often pride themselves on being ‘one step ahead of the game'. A commitment they seem to uphold year after year. Stating that they plan to build upon the fantastic design they’ve always been known for. As well as the consistent show of quality synonymous with the virtue spire name. They are showing no signs of slowing down.

Many consider spire to be the most trusted loader on the market – it’s no coincidence this brand has won more professional tournaments ever since its creation than any other make of loader. And at such as low price, the reliability and ease of use are almost unbelievable.

Below, we’ve taken a look at the two most commonly used Virtue Spire loaders – the IR and the III – and what features they offer that keep them at the top of the market. Even though Spire offers some of the best loaders you can find, their dedication to quality products means both of their latest models are still in circulation by many fans.

Take a look for yourself and decide which of these class-leading loaders is for you. 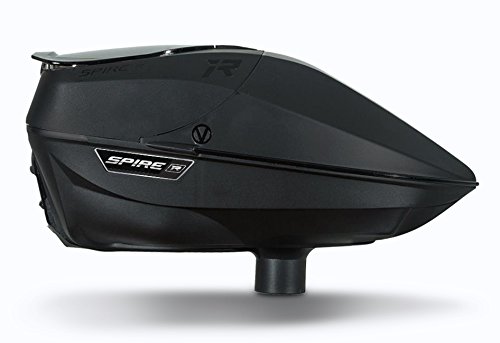 Virtue Spire consider the IR themselves to be the best in its class, and it’s easy to see why. The IR improves upon the tried and true design to create a loader that fails to disappoint. Using intelligent proactive feeding, the IR feeds ammunition more reliably than previous models the 200/260, all without pulsing. Of course, that is barely the start of the feature list, which is full of brilliant, handy features that serve to improve the quality of your games.

The system the Virtue Spire IR is designed with is built to never jam – the feed runs faster and more consistently, while still managing to deal with damaged or misshapen paintballs. The newer sensors on the IR get rid of unnecessary pulsing, resulting in a quieter, more efficient loader.

The IR sensors behind the units’ polycarbonate allow the virtue spire to feed in a proactive fashion (as opposed to retroactive like normal other sensors). This allows for a continuous stream of paint that will never let you down. The virtue spire IR was designed to take care of the most fragile paint you can get on the market – giving you an edge every time you play. Pliable, spring-loaded fingers feed in brittle paint without a problem. Aiming to be as durable as possible, the nylon back shell assures every player they can trust that the IR to be sturdy under all conditions. The back of the shell is now also sharing the same material as the body – making it difficult to wear out. Always aiming to one-up themselves, spire has crafted the most efficient battery thus far. This is due to its proactive feeding logic, alongside electronics that are built to use energy as efficiently as possible. Using the virtue spire IR with the virtue n-charge battery gives incredible performance and reliability.

The redesigned nylon back is compatible with the spire III’s CROWNSF II without any hesitation. Swapping between a lid and a speed feed is quicker than ever – in fact, it takes mere seconds. Each finger can also be removed as easily, combining great feeding performance and paint retention.

Now replacing the choice of the spire in 200 and 260 round choices, the price of the 260 has been reduced to make every spire user able to take advantage of both 200/260 round shells.

To add to the customization element of the IR, spire has made the color kits low price, allowing customers to create beautiful, low-cost color combinations. Still using the original spring ramp? This still works with the IR and helps to put those last few balls back into circulation, especially when firing strings at unusual angles.

The spire IR is a brilliant loader, no doubt. Below, we’ve collected a few of the testimonials from customers who are really enjoying all of the effort Spire have made in crafting this fantastic loader.

‘Virtue has consistently excelled themselves when it comes to creating products that really perform, and I think the IR is definitely no exception. For me personally, I consider it the best loader I have ever owned.

It has a perfect capacity, and the shape, along with the lower profile is amazing for reducing hopper hits. I have to say though, the way it functions is what makes it so essential for me.

While it is quite simple compared to a lot of loaders, its simplicity really makes it a pleasure to use. The design is straightforward and super smooth – it’s so easy to keep clean.

Because the motor doesn’t move so fast, the battery life is fantastic. I originally thought the lack of a rip drive would hurt how the IR performed – but it proved me wrong. All hail Spire!!’

‘The IR is one of my favorite loaders, and works wonderfully on a wide range of games – it doesn’t slouch behind any hoppers I’ve had in the past and easily keeps up with my marker.

I’ve got through around three to four cases since I got it over the last six months and it hasn’t even jammed. It was a bit on the expensive side, and it can be sensitive, but the quality is great. I would say go for it if you want a really good hopper.’ 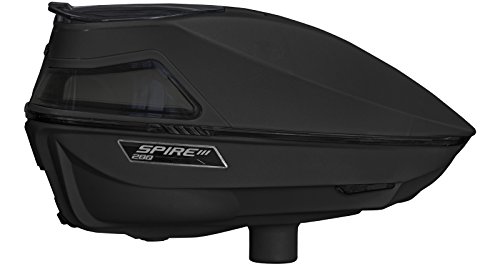 The spire III is a fantastic addition to the virtue roster. Encompassing the meticulous design of spire 200 and 600, virtue has made the spire III one of the most coveted high-class loaders in paintball, whilst increasing performance and usability.

Spire is never ones to rest on their laurels, and this shows with the III. As always, Spire aims to make their loaders the best in class. This means being designed to win time after time. The spire III is built with technology known as a hinged shell, making it the most simple to take apart and put back together. Whether you’re changing the batteries, modifying the speed feed or cleaning down the loader, it can all be done in mere seconds.

Durability is also vastly improved – by putting together the top, back, and bottom shells into a single unit. The shell can also be unlocked by pressing one button, allowing the high strength nylon hinge to reveal access to the entirety of the loader.

The internal height of the spire III’s drive has been reduced – the loader has also received some alterations to the geometry at the bottom of the loader, increasing the capacity of to 230 rounds, all without making changes to the overall weight.

Spire’s freshly updated speed feed CROWNSFII is compatible with the spire III. This enables you to switch the lid for a powerful feeder that has spring-mounted fingers, enabling for greater paint retention and reliability.

Spire’s spring ramp can detect when the loader is running low on paint. And give a notification via a heads up LED and an adjustable speaker alarm. The spire III can also be programmed wirelessly using apple or android devices. Using downloadable firmware, you’ll never be without a manual! Upcoming versions of the firmware will also allow you to make adjustments to your settings.

With a larger spring ramp, the spire iii can be fed at a wide variety of angles, as well as interacting with the reload indicator to prevent running out of paint.

Virtue’s spire III is super efficient! Because of a smaller, lighter spire drive, you can expect long-lasting life throughout use. LEDs are dimmed by default to save an amazing 50% power after they are not active. An ultra-low battery can also be utilized to further save power – great for if replacements are hard to find. With a quicker and more intelligent processor, the spire III can keep track of the stack and feed much more reliably.

The g-sensor within the spire III has not only been upgraded but has been mounted onto an independent housing made of silicone, reducing undesirable spinning and consistent functionality.

Even the tray and the raceway of the spire can be taken apart at record speed, making it easy to clean and service without the need for tools. The inside of the spire III is built to prevent brittle paint from breaking – its smooth surface guides paint gently inward. The spire III drive is attached by a smooth magnetic surface on the top of the drive, making it easier to remove and install.

Attached with a slick, magnetic surface, the spire iii is incredibly easy to remove and install.

Below are a couple of the reviews for the spire III. Much like the spire IR, this hopper is proving to be a favorite with both casual players and professional enthusiasts alike.

‘Having played a lot with many of the previous versions of the spire, I was looking for a new upgrade since I had some extra money leftover from Christmas.

There were a few I had on my list to pick, but wow – I’m so glad I went for the spire III in the end! The design is much better than the older spire; it’s so easy to clean now.

You have to unscrew a few things if you want to mix and match colors but this is a concession I feel I can live with. Definitely worth the money!’

‘This hopper works really well – I really like what virtue have done with it. I’ve only run it for about six hours so far, but I’m not disappointed at all.

I switched from a rotor, and I’m not sure if I would go back. I must admit I was somewhat apprehensive. But I’m so glad I gave it a chance in the end.

I must also take my hat off to virtue’s customer service. They are so responsive and thorough in helping you out.’

Which is Better Than the Other?

Virtue continues to excel in creating brilliant paintball loaders. For the legion of customers that are eager to buy their products.

Both the spire IR and the spire III offer their particular benefits and points of interest. But ultimately, each one is a fantastic product that delivers quality time and time again.