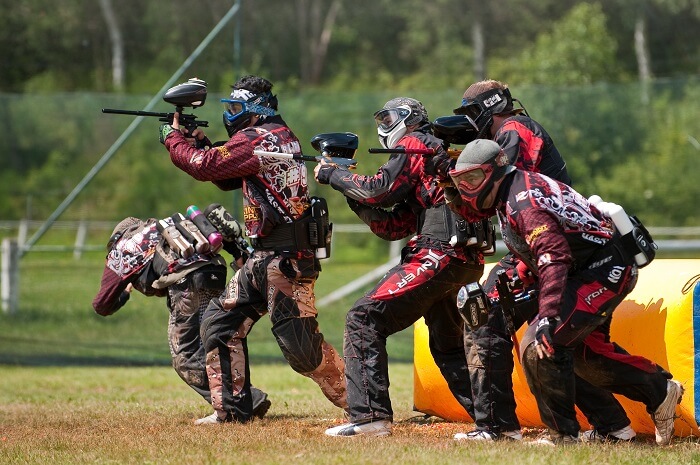 Finding the best paintball marker or gun requires fully understanding the build of each model and finding one that suits your unique playing style. For example, some players enjoy a weapon that produces a high-volume of shots in a short period. Others prefer one that focuses on accuracy over a fast shot volume.

The following reviews will highlight the best paintball marker for the needs of a variety of players. We will include features, pros, and cons of each gun to give you a complete understanding of these models and how they benefit your game. Tippmann guns typically top any list of the best paintball marker options on the market. In fact, some lists feature nothing but guns from this manufacturer. While we will feature a handful, we also have options from other manufacturers. The Cronus is popular because it is accurate and featured accessories like red dot sites and a more than reasonable price.

It is designed to adapt to a broad range of players, including beginners and intermediate ones. The only downside reported by players was problems with the CO2 chamber. Some players found that they had to adjust the o-rings on this item to make sure that it worked correctly. While this issue is minor, it should be fully understood before making a judgment call on this marker. This Tippman model has a variety of amenities that make it a popular choice as the best paintball marker available. For example, it can be customized with a variety of items including:

Those who want a fast gun may like this model because it can shoot up to 15 paintballs per second. As a result, it is often considered a good choice for intermediate or advanced players. A few downsides to this gun include a somewhat hefty price and concerns with the CO2 chamber. Those who want a focused and accurate model often choose this paintball marker. It has a screw-lock feed neck that helps avoid jams and makes your paintball very accurate. Other benefits of this marker include:

That said, there are a few concerns with this model that must be addressed. For example, some users have reported that the barrel breaks easily and requires replacement. It is also a rather loud gun. This may alert players to your position. However, it is still one of the best paintball marker options this year. Advanced paintball players often consider this product as one of the best paintball markers available. That’s because it has four different firing modes that are designed for tournament play. It also has a simple frame that is easy to handle and control during tough matches.

One of the most impressive of its benefits is the self-cleaning mode. This feature helps it keep it free from jams. It works by lubricating the barrel and automatically clearing it of any dangerous debris that could endanger you while you play.

The problem most often reported with this gun is a weak battery. Many players stated that the factory-installed battery is inadequate and that it dies off very quickly. As a result, you may need to replace the battery to get the most out of this gun. Keep that in mind before making a purchase. Last on our list of Tippmann models is the TiPX Marker. It is the best paintball marker for those who want a semi-automatic pistol that looks and feels like a real gun. While it looks like a real pistol, it is designed to be light enough for matches. It is also considered accurate and easy to use during the heat of an extensive battle.

However, there are a few problems with those, including:

These minor complaints are easy to avoid by cleaning out the magazine regularly and ensuring it doesn’t jam. Tightening up the CO2 container o-rings will also help avoid any dangers. And when taking it to the range, make sure to store it in a case to avoid confusion with police, authority figures or anyone else in your community. Empire is another high-quality paintball manufacturer. The company makes some of the best paintball markers on the market today. The mini version is one of their most popular models for a few reasons. First of all, it is tiny and lightweight in hand. As a result, players who want an easy-to-control marker often choose this model. This design makes it useful for beginning players.

However, it also has an accurate design thanks to its two-handle design. This system allows you to steady your shot and create a more precise aiming situation. Like other models on this list, though, reports of leaking CO2 cartridges were common. Tightening up the connecting rings and screws should be enough to fix this problem.