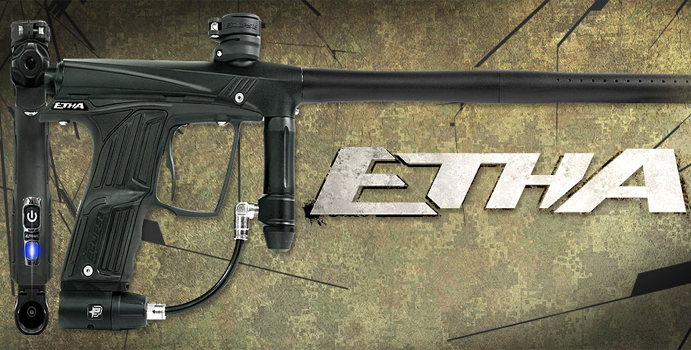 How Good Is The Planet Eclipse Etha?

Planet Eclipse is a market-leading gun manufacturing brand. The Etha paintball gun is manufactured keeping new and recreational players in mind. This means that not only is the gun affordable, but it’s easy to use and performs well!

Though the Etha is cheaper than the Planet Eclipse Geo, it has many of the same features. It’s great for beginners because it’s small and lightweight. If you’re a more experienced player, you’ll be pleased with its accuracy and performance.

What you should know about the Planet Eclipse Etha 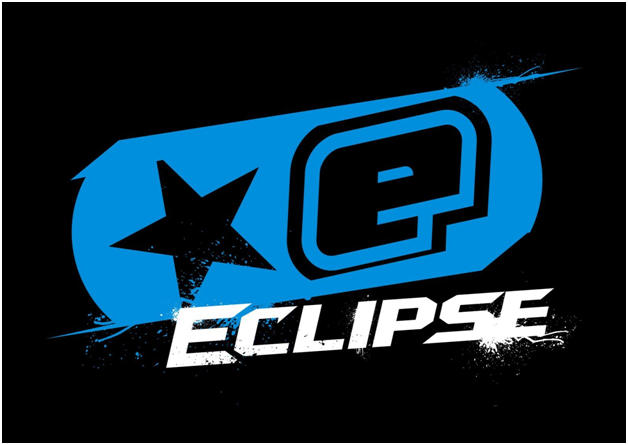 Why should you invest in the Planet Eclipse Etha? 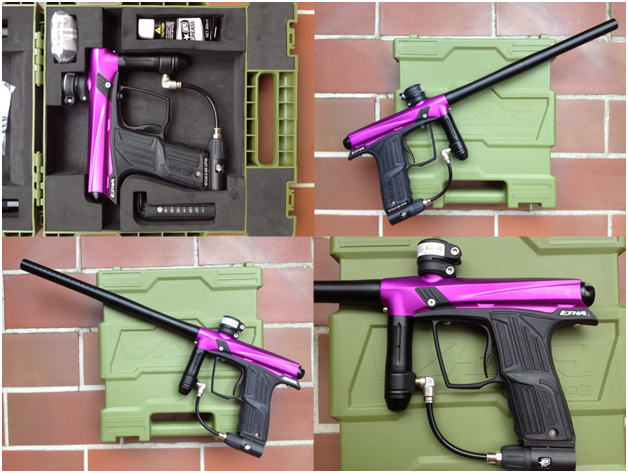 If you’re trying to decide between the Etha or another awesome brand like Tippmann, you can expect both brands to have individual features. The Etha will cost a bit less than the Tippman, but you won’t lose the features you want.

Etha’s parts are machined with the same features as other high priced models like the Geo and Etek . In fact, some parts are exactly same as used in other markers. All Planet Eclipse markers, be it expensive or cheaper, feature a lot of the same things such as accuracy and quality.

During assembly, each marker is given its unique barcode which stays with the marker on its journey through the factory. This helps ensure each marker is well crafted.

Every marker is tested multiple times to detect leaks, using automatic leak detection equipment. In addition, Planet Eclipse puts all guns through a long testing process to make sure all elements of hte marker will work!

Planet Eclipse builds every marker, including the Etha 2 or MRT Bolt, with high-quality material. They also use time-tested techniques that have been proven to work. The guys stay in good shape with proper maintenance. You can be sure that your investment will stand the test of time.

Another part of the testing process is bombarding the gun with hundreds of paintballs. This ensures that it stays in good shape during a competition. Additionally, the markers are tested against bad weather conditions in case you’re playing out in the elements. So if you feel like playing out in the rain or snow, you know your marker will stand up against it! 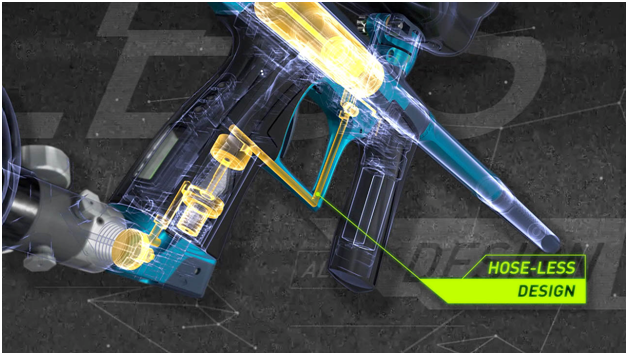 The Etha marker is totally different from other Eclipse markers. This marker line utilizes a spring return bolt system in the firing system. Meaning, simplified air and gas pressure allow the gun to function. The marker uses a Pull Poppet spool to release air from the firing chamber.

Etha bolt is developed with full consistency and maximized efficiency. It utilizes dual-stage acceleration to pick up the paintball at a lower speed and then push it fully into the barrel. You can notice an extended rubber section in the front of the bolt. This removable and replaceable rubber piece is designed to prevent clipping of the second ball in the stack. It also cushions the ball when pushed into the barrel. Both dual-stage acceleration and rubber section work with Defteck Feed and Break Beam Sensor systems to avoid barrel breaks.

The Pull Popper is controlled by fully adjustable PCB that controls the firing mode – semi-automatic and ramping, the rate of fire; de-bounce through the colorful LED placed in the frame rear. PCB is pre-programmed for being compatible with all major tournament series. So, you won’t need to do any upgrades before playing.

If you look inside the frame, you’ll see that there’s a removable and replaceable trigger. This means that it will give you the ability to have a more crisp and smooth trigger action. Additionally, grip panels and the frame are built so they’re easy to clean.

On the bottom of the frame, there is an On/Off Purge System (OOPS) ASA that actuates with the knob twisting and fully vents the entire marker when turning it off. It mounts to the frame via the robust T-Slot system of the Etha Marker.

The marker has the ability to run HP, MP and LP compressed air tanks without adjustments. This means you don’t have tons of switches to make! It’s great. 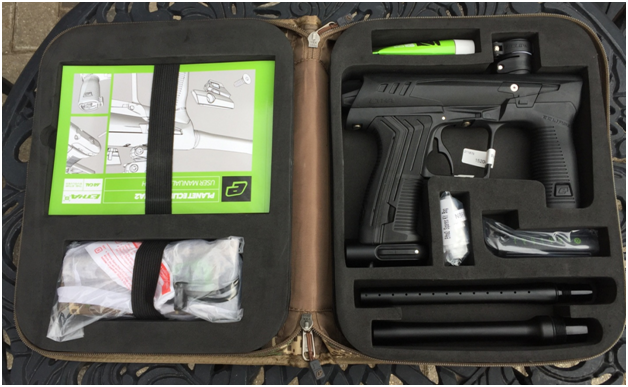 It’s important to note that the Etha also comes in a hard case. This case is lined with shock absorbing foam and a maintenance kit. Therefore, it includes the user manual, hex keys, regulator spare kits, barrel safety device, and everything essential for you.

Pros of the Planet Eclipse Etha

Cons of the Planet Eclipse Etha

While this is a great gun for beginners, it also makes a great option for experienced paintball players who don’t want to spend much on the equipment. Therefore, these Etha markers follow a modular approach so that new upgrades and accessories can be bolted directly to the marker.  So, it’s like a one-time investment that will go with your longer.

If you enjoyed this review, check out our other posts on Planet Eclipse guns!