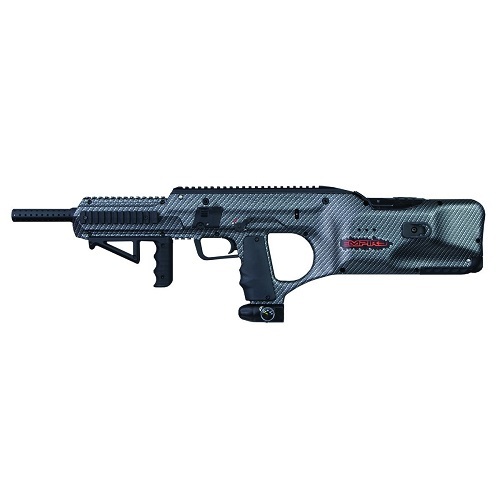 Paintball machine guns give players who are serious about the game the chance to dominate on a number of levels. Not only can you shred your opponents at close range, but you can also pick them off at longer distances effortlessly. The machine gun in paintball warfare has no equal. Choosing the right gun could make all the difference in whether your team wins by a point or completely destroys any opponent.

Here is a list of the top 6 paintball machine gun choices!

When you see and hear the Tippmann A5 SMG Paintball Gun on the paintball field, you will marvel at how this sub-machine gun crushes the competition. If you are one who likes to have the fastest weapon in your arms, the A5 is your choice.

If you want to be able to accurately hit a target on the other side of the field, the A5 has your back. In case you need power behind your shots, the A5 is going to leave a mark that lets others know who the boss on the field really is.

Here is a paintball machine gun that perfectly replicates a military machine gun in all phases. The A5 has a three-inch barrel, retractable stock, and it is made with quality parts that are designed to withstand years of abuse.

This fast-action gun is ideal for close battles that will cause unlimited amounts of destruction to your opponents. Your enemy will not know what hit them when they fall in defeat in record time. Looking for a paintball machine gun that looks as realistic as it functions? The Empire BT Delta Marker looks like a real machine gun. On top of that, it features a full banana clip, MP5 hand-guard, and retractable stock, a true stand out on any paintball field.

This is the weapon you want to use on the field when you need numerous options. It performs well anywhere on the playing field. It can dominate in close quarter battles but yet has enough power to accurately pick-off players at long range too.

The banana clip can be quickly removed and replaced to keep the balls flying on the field. More paintballs in the clip mean you can attack closer and faster without fear of going empty. Empire keeps changing the game every time they introduce another paintball machine gun. Once more, they really raised the bar to new levels with the Empire BT D-Fender Paintball Gun.

The unique and radical design moves the loader from top to within the stock, transforming the appearance of this field assault weapon. Not only is the D-Fender extremely strong, but the magnesium shells also make it super lightweight too.

Regardless if you are on the attack in close proximity of the enemy or trying to pick them off at longer range, you can adapt to any situation. All you have to do is switch in a flash to select fire, full auto, ramping, semi or burst firing mode. When it comes to top choices for a paintball machine gun, you can not help to marvel at the No products found.. This is the gun that has it all.

It will allow players of skill level to instantly transform their game. This short but powerful machine gun has a precision scope that works amazingly well for firing at close range.

The gun comes with a custom paintball marker, three-inch barrel, carbine stock, and 1×46 red-dot scope. For the money, you will not find a better made paintball machine gun in the market today. Included with your 98 Crossfire are the Weaver sight rail, clamp style feed neck, and the carbine butt-stock.

This is the paintball gun that you want on your team. It will literally shred the competition at will.

Here is a paintball machine gun that was crafted from the ground up to be the ultimate in paintball weaponry. Designed for tactical players, the Dye DAM CQB machine gun will allow any skill level player to thrive with this weapon.

Those on the battlefield who own this machine gun can now have the ability to switch from loader to magazine fed by simply flipping the thumb switch. This gun also comes with several firing modes such as full auto, three round burst, the semi firing.

The quality product comes assembled with standard 12″ UL1 barrel, hyper regulator, and gas-through frame. Players will fear fighting you at close range because your accuracy and power are now at a higher level.

If you are looking to take your paintball game to the next level, the Tippmann X7 Phenom Marker will help you excel at your game. This sub-machine gun is lightning fast, allowing you to easily pick off exposed enemies at will.

The gun is especially lightweight for its size, giving you the ability to be completely mobile with less fatigue. Even beginner players can wield this paintball machine gun effortlessly.

The X7 Phenom has a retractable stock, vertical grip, and precision 30mm red dot, giving the player more control in any situation. This is the machine gun that you want to see on your team. Many pros see it as the cornerstone of any successful fight.

The vertical hand grip not only gives the player the ability to hold the gun steady, but you can also zero in on a target and take a more accurate shot from long range. This helps to increase your ability to attack without exposing yourself to a shot.

When you’re ready to take your game to the top, then you need to invest in a paintball machine gun. These are the weapons most players fear on the field. They can accurately pick off players from long distances or completely demolish someone at close range.

If you’re already using a paintball machine gun when you play, share your experience and model weapon here. This way, our readers can consider all the possibilities available this year.