Paintball History: When It Was Invented and How It Has Evolved 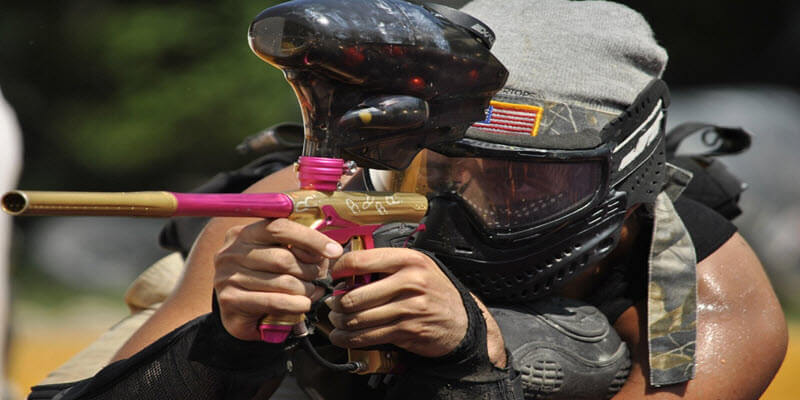 It goes by saying that some of the biggest Hollywood blockbusters of all time are action movies. In a fun-packed and safe manner, everyone wants a taste of the real action in a way that does not harm other people.

There’s no better way to test your bravado and shooting skills if you are a fan of action movies. Getting out on the field and playing paintball with friends is how you test your paintball skills. But, paintball history has more to it than you’d ever expected. When was it invented and how has it evolved over the years you ask? Read on! 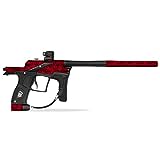 Paintball History: When Paintball Was Invented

Paintball is a popular game in the U.S., and across the world, but it hasn’t always been a game. If you’ve been wondering how it started out – here’s the evolution of paintball.

How was the Notion of Shooting Paintballs Conceived?

Paintball is a game that involves using paintball guns. It is a game equipment that tags everyone else with splats of paint on the game field and is the last player standing.

The idea of shooting balls of paint from a gun was first conceived by Charles Nelson. He is one of the founders of the Nelson Paint Company.

In the 1970s, the company was approached by the U.S. Forestry Service. It is to find an easier way to mark hard-to-reach trees destined for removal. The traditional squirt guns used by foresters had a limited range.

With the needs of the foresters in mind, Charles Nelson invented a tree-marking gun. It was in partnership with Daisy, an air gun maker. It is also useful for ranchers looking to mark stray cattle a significant distance away. The paintball gun was called the Nel-Spot 007 marker.

When was Paintball First Played as a Game?


The idea of playing paintball was initially contemplated by Charles Gaines and Hayes Noel. These two buddies thought it would be fun to invite other friends to play a game of “Capture the Flag”. If you don’t already know what this game entails, here’s a better description.

Team members are required to seize the other team’s flag while trying to avoid being hit by their opponents’ bullets (paintballs).

The inaugural game of paintball

In 1981 when Charles Gaines, Hayes Noel, and ten other men, equipped with Nel-Spot 007 markers, shot harmless, oil-based paintballs at one another as they played a version of “Capture the Flag.”

The game then quickly gained popularity.

As a result, Charles Gaines, Hayes Noel, and Bob Gurnsey (one of the twelve men who took part in the first ever competition) went on to obtain a license to use the paintball guns for leisure activities from Nelson Paint Company. Thereafter, they formed a company known as National Survival Game.

And, that’s pretty much what’s to know about the first paintball competition ever!

How Paintball Has Evolved as a Game


A lot has changed in paintball history since the first paintball competition was held by Charles Gaines, Hayes Noel, and company.

Here’s a look at some noteworthy milestones:

As the game’s popularity increased, the need to use specialized equipment became more and more obvious. It became apparent that there was a need to move from the traditional, mass-produced paintball markers to sophisticated guns specially designed for the recreational sport.

Modern versions of paintball guns shoot more accurately, are easier to handle, and can fire at further range than ever before. This makes them ideal for use on larger battling fields.

The sport’s competitiveness has increased in intensity as equipment advanced.

2. Use of Washable Paintballs Another notable change in paintball history is the invention of paint pellets used to hit competitors that are washable for easy removal from clothing.

Originally, paintballs were oil-based paint meant to create permanent marks on trees and cattle. You can see why a change was needed. The paintballs we use today comprises of highly visible, non-toxic, water-soluble paint, which is easy to wash off (woohoo!).

3. Increased Interest in the Sport

The first time paintball was played, it was merely a matter of twelve friends trying to test who had the best survival skills. Yet, later competitions shown that more people are getting interested in the sport.

The game is now getting the attention it deserves. The game has grown bigger than ever before. From indoor, outdoor field wars to collegiate competitions, and nationally-televised tourneys.

You have learned something about paintball history, how far the sport has progressed? Now, you should have a much greater appreciation for the sport. An idea that was conceived by two friends, decades ago, has become one of the fastest-growing sports of the modern era.

The next time you and your friends are looking for something to do – grab your gear and hit the paintball fields. The games you can play are only limited by your imagination!