Ultimate Guide to Paintball Games: How to Play Paintball 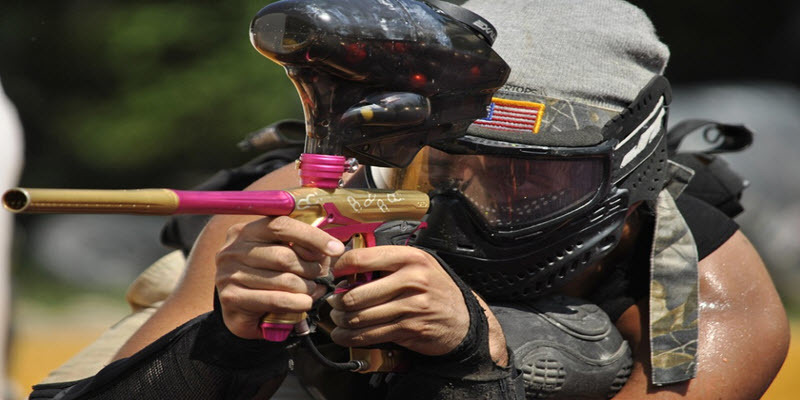 Paintball is a thrilling sport. It’s not just fun, it is also a great way to keep physically fit and stay healthy.

If you are getting ready for your first game of paintball, knowing how to play is essential and should be your biggest priority.

There are several types of paintball games, each with different variations that are normally specified prior to the start of the sport. In addition, there are various objectives that players should set out to achieve.

Here’s a look at some of the different types of paintball games to play:

Alternatively, the game can be played as a singles sport, where the last man standing is declared the winner.

The rules of the game vary by game type, so make sure you understand the rules before stepping into the battlefield. Paintballing is all about having fun, and setting the rules is critical to maximizing fun.

How to Play Paintball

Here’s a basic guide to follow when playing paintball: Paintballing is one of the safest sports because it does not require physical contact between the competitors. Nonetheless, it involves a lot of physical activity including running, squatting, and crawling – which all help to strengthen muscles, but can also lead to injuries. With that said, it is important to get yourself proper paintballing personal safety clothing and gear before stepping into the battlefield.

Rookie players find themselves at a disadvantage when playing against competitors. They have taken part in the sport before.
Even when the odds are not in your favor, it is always best to maintain a winning attitude. It is the best that you can have when you are competing in a game of paintball. A positive mindset will go a long way in boosting your team’s morale. Everyone loves a spirited teammate! In paintball games, your gun is all you have to ensure your survival, so it is important to know how to use it to stay “alive”. Attending some shooting classes before your first competition is a great way to hone your paintballing skills and level the playing field.

Hitting and eliminating your opponents contributes to the fun and excitement that comes with playing paintball, so ensure you can aim properly.

To survive in a game of paintball, you also need to know how to dodge the opponents’ paintballs. This means you should always know where your “enemies” are and come up with an effective way to combat them.

Moving stealthily and communicating with your teammates at all times using walkie-talkies or through non-verbal cues, can help you steer clear of the opponents’ attacks.

5. Being Frugal with Your Ammo

Your paintball gun can only carry a limited number of paintballs at a go, so it is important to use whatever you have frugally until it’s time to break and get more ammo.

Generally speaking, you should only shoot an opponent when they are properly in sight and within range. You can shot at your competitor as a deterrent when you need to help a teammate move out of a dangerous situation.

Have a Blast Playing Your First Paintball Competition!

If you follow these tips, your first paintball game ever should be a lot of fun. The best part is that you will also be able to keep yourself physically fit and healthy while having a blast!