The market for paintball guns and accessories is so crowded that finding the right place to start is overwhelming for a lot of people. GOG paintball stands out as a leader for both newcomers to the game, and seasoned veterans who want a reliable product. The eNMEy is the newest product from GOG and builds on the principles that have made the company so successful thus far.

I spent several hours over the course of two weeks testing all aspects of the eNMEy, and the gun scored highly across every category, as you would expect from any GOG made weapon. 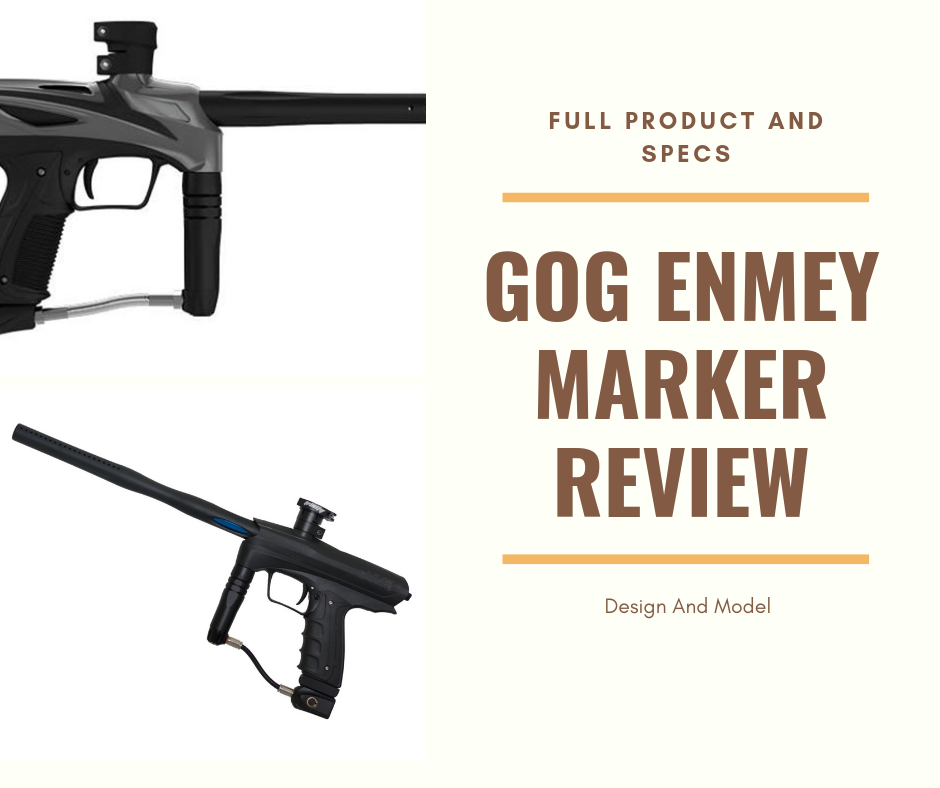 With the eNMEy you are not going to get anything fancy, and the design is pretty standard for the industry, at least on the outside. The gun follows the usual industry design, with a heavy duty pistol grip, forward grip and paintball loader on top, with the air tank on the bottom. Where the eNMEy is different is in how the gun actually operates when you fire it.  Other guns at this price point rely on hammers, springs, and batteries to keep the paintballs flying, but the eNMEy use a state of the art pneumatic design to propel the balls forward. The reduction in the number of moving parts means fewer pieces to break down and more reliability than other guns.

I was impressed at the way the pneumatic design offered a smooth and steady stream of fire, even after several hours of operation. There never seemed to be any decline in quality while playing.

The heavy plastic of the gun gives it a solid construction that should hold up to almost any gameplay situation that you will be in. It is lightweight, even when fully loaded, so it should not be that much of a burden for new players to carry around in their first few games. The plastic does seem brittle, and there should be some concern about chipping or breaks if you drop the gun on concrete or another hard surface. 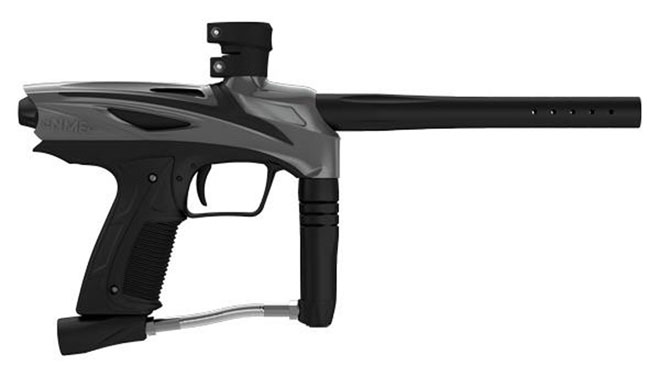 There is nothing really stand out about the construction of the gun, but there are no glaring errors either. It is a middle of the road construction, but that’s to be expected from a value level gun.

The eNMEy boasts a low bolt pressure and anti-chop technology to enhance the weapon’s ability to fire. This technology returns the bolt to its original position in the event that the ball does not get seated properly, eliminating the possibility of a chop. Since you can remove the bolt easily and clear the blockage, you do not waste time with a weapon that won’t fire. The inclusion of high-end spool valve increases the accuracy of the gun, by giving consistent air flow each time you pull the trigger. You get better shot grouping and far better accuracy when you know that the shot is going to leave the gun the same way every time. You can easily adjust the pressure of the gun to conform to the different conditions of tournaments or play areas that you want to enter.

The rate of fire, and high accuracy make this a gun that newer players will feel comfortable using. Rather than being discouraged because they miss all of the time, new players will be encouraged by their success with the eNMEy.

Once you are done firing the weapon, it is time to take it apart and do the maintenance. For this you will need to buy several items that are part of the care kit, and you will want to use them every time you clean the gun. Like I said before, with fewer moving parts than other guns, there are fewer parts to worry about and fewer parts that need to be cleaned. It will probably take you several minutes the first time you take the eNMEy apart, but once you get used to how the pieces go together, you should be able to clean it in less than ten minutes.

The learning curve for cleaning this gun is not steep, and it is easy to put back together when you are done. I strongly suggest that you invest in a GOG detent kit to keep things functioning properly.

GOG has been making paintball guns and accessories for quite some time, so there are a lot of different options to choose from. Start by picking the gun color that reflects your style and personality. After you have the gun in hand, and you have tested it some, you will almost certainly want to upgrade the hopper, but a new hopper is a relatively cheap change to your gun. You may also want to invest in a barrel upgrade, and the Freak barrel from GOG is by far the best choice for most circumstances.

The gun works well as is, right out of the box, but your best performance will come when you upgrade some key parts. 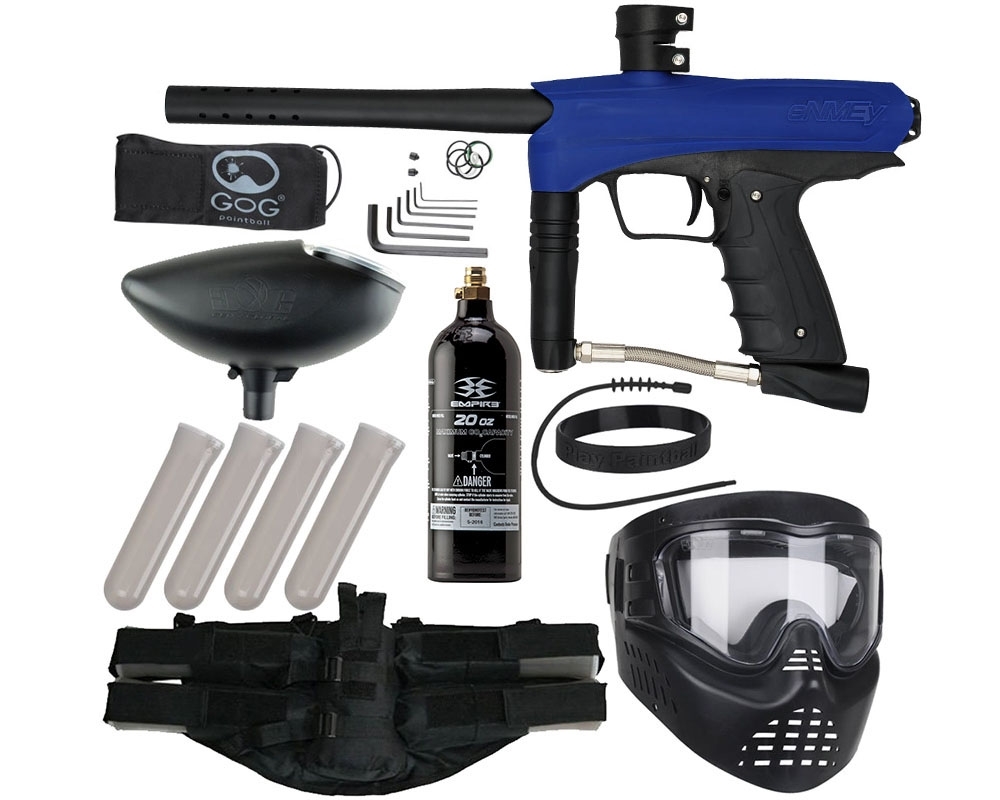 All of the GOG guns are considered a great value for their price, and the eNMEy is no different. A starting retail price of around $149.99 (see lowest price) puts this at the low end of the high performance paintball guns. This is the perfect place for people who want to dip their toes in the water of competitive paintball, but don’t yet want to drop $400-500 for one of the premium guns.

The price is right for what you get, and there are really few competitors that have this blend of price and performance.

I highly recommend the eNMEy to new players, or players who want to have a backup gun in their inventory. The eNMEy is not going to be the most dominant gun on the field, and there will be times that you wish you had a gun with either a higher rate of fire, or a bit more accuracy at long range, but to get to that point, you have to know how to play the game. The eNMEy puts you in a great spot to learn the basics and practice, so you can find out if competitive paintball is something that you enjoy doing.